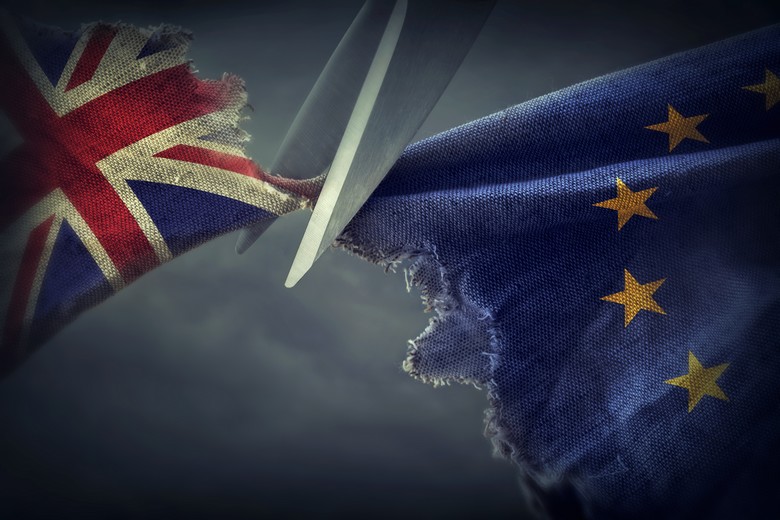 The recent meeting of Theresa May, British Prime Minister, with leaders of the European Union in Salzburg ended on a sour note for Ms. May: We don’t like your plan. Why should they, because the UK is trying to « leave » the EU because of discontented voters who don’t like the EU’s immigration policy and who want everything their own way. It seems to me that the leaders of the EU have all the cards. Why should they give in on anything from the UK?

So reads the headlines of the Financial Times, the day after Ms. May met with European leaders in Salzburg, Austria.

She was told her economic plan for Brexit ‘will not work’ and gave her four weeks to save the exit talks.

The day after, Ms. May responded that “she would never accept the break-up of the UK.”

“In a statement delivered in Downing Street in front of two union flags, Ms. May said Britain stood ready to leave the EU without a deal and admitted Brexit negotiations had run into the sand. ‘We are at an impasse,’ she said.”

To me, the question is, why should the European Union be nice to Great Britain?

As Laurence Norman writes in the Wall Street Journal, “EU leaders said” that Ms. May’s plan “would undermine the bloc’s signal economic achievement — its single market of goods, services, capital and labor — by allowing Britain to pick the advantages it likes and drop the obligations it doesn’t.”

Why should the European Union change its successful model to satisfy some discontented populists in the outskirts of England?

David Cameron, the former Prime Minister who called for the referendum to vote upon « remaining » or « leaving » the European Union, totally misread the situation in his country. And, the “leavers” surprised almost everyone… and won.

The problem was, as I have written before, this left no real leaders in the United Kingdom to lead the country into its exit from the European Union.

The “leavers” never really thought that they would win… and so they had no plans for leaving.

The “remainers” lost, and they had no leaders left because those that might have led did not really want to take the country out of the EU. And, so “others,” like Ms. May, took over… but, they really had no plan on what to do.

And, then there is the Labor Party under the leadership (Giggle-Giggle) of Jeremy Corbyn…

The Labor Party, since the vote, has been in a world of its own, fighting anti-Semitism among its major battles. Corbyn is a walking disaster.

So, with no leaders and no plans, the UK has just muddled around with Ms. May vacillating here and there… before, finally sewing together a plan at the Prime Minister’s country residence, Chequers, which really satisfied no one.

Now, let me expand my question: Why should the European Union be nice to Great Britain when the Brits have failed to craft something even modestly credible?

Bottom line: Great Britain, at the behest of a few discontents within the country that didn’t like the immigration policy coming out of Brussels and who didn’t like Brussels telling Great Britain what to do, voted that it wanted to pick up its toys and go home.

Now, there is another meeting scheduled for Brussels on October 18. Only if there is progress at this meeting will there be another summit, and that third one would be in the middle of November to finalize the deal.

An angry Ms. May stated that she would never overturn the results of the referendum.

Great Britain, to me, is “out of cards.” If she doesn’t get what she wants, she is going to go home and take the UK with her.

I have always thought that in “leaving,” the people of Great Britain would come out on the wrong end of things. And, I have always thought that the people that are going to get hurt the worst will be those that voted to “leave.” The populists that voted to “leave” want their own little nation, want no immigration, and want to return to the life they led before modern technology began costing them jobs, and income, and a place in society.

Economically, this does not work.

As I have written before, a leading indicator that a “no deal” leaving will hurt Great Britain and the people of Great Britain, is the value of the pound. As “no deal” becomes more and more real, investors will get out of the pound because of their perceived weakness of the UK economy.

Ms. May will get all the criticism for this disaster, but given that she had to try and work out a Brexit, it seems to me that she was dealt a “bad hand of cards” to begin with.

Disclosure: I/we have no positions in any stocks mentioned, and no plans to initiate any positions within the next 72 hours.

I wrote this article myself, and it expresses my own opinions. I am not receiving compensation for it (other than from Seeking Alpha). I have no business relationship with any company whose stock is mentioned in this article.

An article by John Mason published on Seeking Alpha