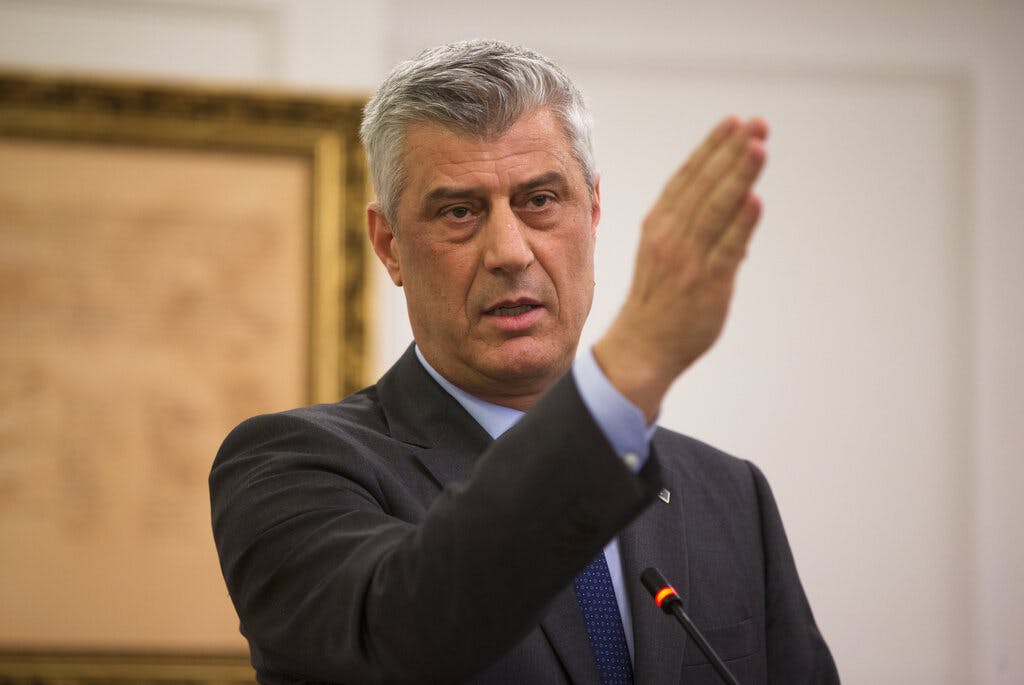 A ten-count indictment has been filed against Kosovo’s President Hashim Thaci and nine other former separatist fighters, on a range of crimes against humanity and war crimes charges, including murder and torture, by an international court investigating their actions against ethnic Serbs and others during and after Kosovo’s 1998-99 independence war with Serbia.

The indictment, which was issued by the Kosovo Special Prosecutor’s Office in The Hague on Wednesday (24 June), also indicts Kadri Veseli, until recently Speaker of the Kosovo Assembly, the spokesperson of the Office announced on Wednesday.

According to the indictment, Thaci and Veseli are responsible for more than 100 murders of “Albanians, Serbs, Roma and other ethnicities, including political opponents.” Thaci, Veseli and the others are indicted for murder, enforced disappearance of persons, persecution and torture.

The indictment is currently being reviewed by the pre-trial judge of the Kosovo Specialist Chambers (KSC), who will decide whether to confirm the charges, according to the announcement by the spokesperson of the Prosecutor’s Office, Christopher Bennet.

Although the Specialist Prosecutor’s Office is an independent institution, it has already been used for political purposes.

For instance, in July last year, Ramush Haradinaj, the then Kosovo prime minister who opposed the abolition of tariffs on goods produced in Serbia, was also summoned to The Hague and then immediately resigned, sparking snap elections.

Such a move could be interpreted as opening space for new political figures from Kosovo, without a war past, to more easily reach an agreement with Belgrade, which is currently led by Serbian President Aleksandar Vučić.

Because of the indictment, US envoy for the Serbia-Kosovo Dialogue, Richard Grenell has announced that Thaci has postponed his trip to the White House in Washington scheduled for 27 June, where he was to meet Saturday for talks with Vucic.

“I respect his decision not to attend the discussions until the legal issues of those allegations are settled,” Grenell tweeted on Thursday (24 June).

Grenell added that he was looking forward to the meeting with Vučić and Kosovo Prime Minister Avdullah Hoti.