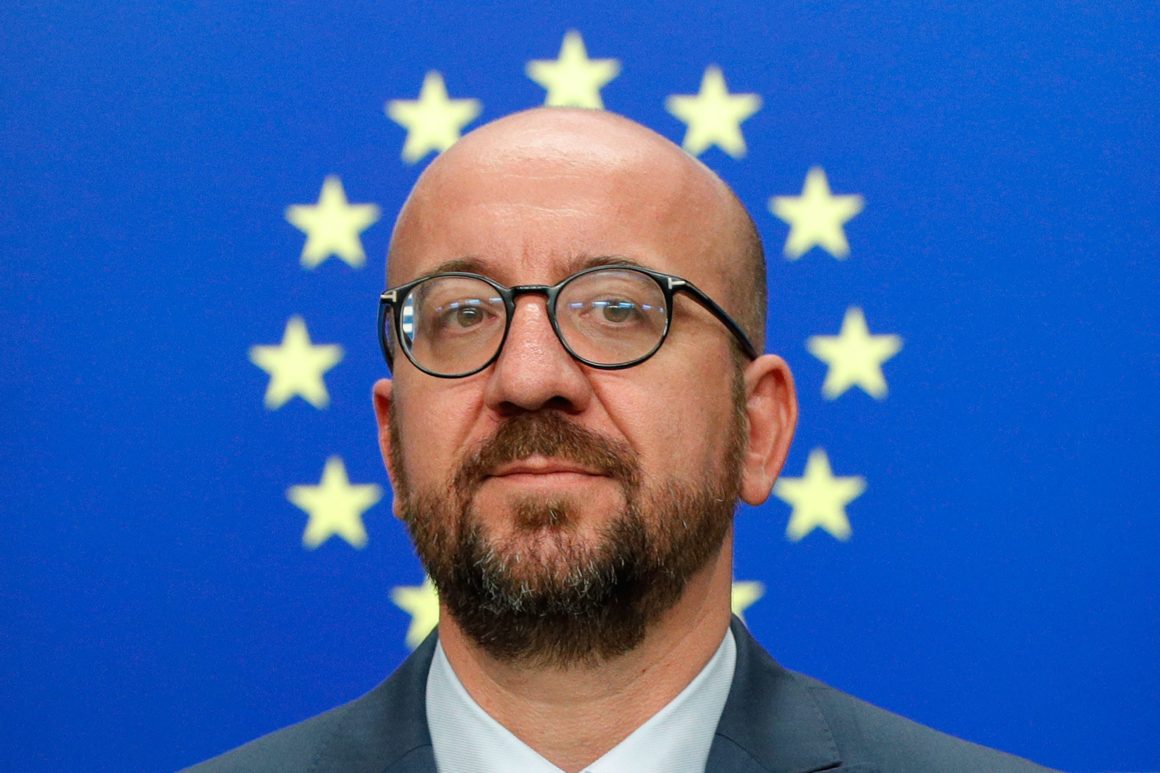 Every seven years, leaders from each EU country convene in Brussels for a fierce competition over the size of the bloc’s next long-term budget, and an even more ferocious fight over how — and especially where — to allocate the money.

Ahead of this year’s showdown, European Council President Charles Michel is meeting individually this week with 19 of the 27 EU leaders, trying to ascertain their top priorities, clarify red lines and pinpoint opportunities for movement. The mood music from the leaders so far is not upbeat but Michel’s team still hopes to get governments to change their tune.

Michel has called a special summit to start on February 20. His invitation letter pointedly did not say when it would end. The haggling, always brutal, normally requires two summits and months of agonizing trade-offs.

This year, however, leaders face two unprecedented challenges: Brexit has left an annual hole of about €12 billion in the EU’s pocketbook even as issues like climate change present new expenses; and Michel, confronted with a late start and a short timetable before the current budget expires on December 31, wants leaders to cut a deal in one shot.

Emerging from their discussions with Michel, some leaders have voiced deep skepticism that the necessary unanimity can be found to clinch a deal at the summit. Everybody seems to want a swift accord, but nobody wants to be first to grant the concessions that make it possible.

« I think in general that the countries are too far away at the moment, » Swedish Prime Minister Stefan Löfven said Wednesday.

For Michel, the budget negotiations represent an early trial by fire.

Chosen as Council president in part because of his experience brokering tough compromises as prime minister of Belgium, Michel, nonetheless, is navigating a new universe and confronting a multi-dimensional process that pushes even the most battle-hardened EU diplomats to the brink. While Michel’s liberal political affiliation positions him somewhat in the middle of conservatives to the right and social democrats to the left, he is the referee of a game with unclear rules.

In only his second summit as president, Michel will first have to present a new budget blueprint with a proposed budget size and breakdown by spending area — known to technocrats as a « negotiating box. »

The Council president is navigating between countries that want to keep their contribution to the EU’s coffers broadly at current levels despite Brexit and those who think the bloc needs to invest much more in its collective endeavors.

He will also have to reconcile sharp differences of opinion when it comes to the basic question of how the EU should prioritize its spending in the broadest sense — among the three big slices of the budget: agricultural policy, regional development and other areas like research, innovation, security and migration.

On one level, the budget fight is an outright free-for-all, with each of the 27 EU countries battling to achieve its own goals, even as the European Commission worries about getting sufficient funding for its newly-proposed programs, like the European Green Deal.

But within that wild scrum, there are clear and key alliances. The self-declared Friends of Cohesion group — about 16 southern and eastern net recipients of EU budget funds — want to preserve agriculture and regional development spending at current levels. Many of them are pushing for a seven-year budget of €1.135 trillion (in 2018 prices), the equivalent of 1.11 percent of the EU27 Gross National Income, as proposed by the European Commission.

The frugal camp — a group of four net payers into the budget — are insisting that the new fiscal plan, especially given Britain’s departure, should remain stable at 1 percent of the bloc’s GNI.

Standing a bit to the side are Germany and France — the EU’s heaviest economic and political hitters — who together are the No. 1 and No. 2 contributors to the budget, responsible for a projected 42 percent of the overall national contributions under the European Commission’s budget proposal.

EU officials object to countries being seen primarily as net payers and net recipients. They argue that all EU members benefit from the bloc’s budget. But the division resonates with member governments and in recent days, as Michel convened his marathon series of meetings, the cohesion and frugal camps have intensified their messaging.

« We want a budget that is equal to European ambition and that allows us to respond to the legitimate expectations of citizens, » tweeted Portuguese Prime Minister António Costa following his meeting with Michel.

On the other side of the barricades, Austrian Chancellor Sebastian Kurz emphasized his continued frugal position.

« We have to use taxpayers’ money sparingly and carefully, » he tweeted after his session with Michel.

Despite the aggressive posturing and the chorus of pessimism, Michel and his team insist that a deal could still be reached at the February summit. It is a message that he has communicated in his bilateral meetings.

He has also stressed that any delay, let alone dragging the process out for months as has happened in the past, is in no one’s interests: Nothing will get easier over time.

However it plays out, Michel’s handling of the budget negotiations is likely to set the tone for the balance of his presidency, and his credibility among leaders will hinge largely on his ability to keep everyone talking.

While some say he is a bit too optimistic, he has won initial praise for his intense preparations.

« He is fantastic. I must say I am really impressed, » said Dutch Prime Minister Mark Rutte, who met Michel, a fellow liberal, for nearly three hours on Wednesday night.

« I am not sure we will get to a deal in that weekend — or on the 20th or the 21st or that weekend — but the way that he is conducting it, the way he is trying to pressure people in a pleasant but very forceful and thoughtful way, is exactly what I hoped to have from a liberal president of the European Council, » the Dutch prime minister said.

As the budget talks move to their final, critical stage with heads of state and government personally seated at the bargaining table, the EU’s wealthiest member countries are at a distinct advantage.

The frugal camp, which is led by the Netherlands, and also includes Austria, Denmark and Sweden, is demanding, as Rutte has put it, that an EU now smaller without the Brits, do more with the same. They are also insisting on maintaining some form of rebates or corrections — Brussels-speak for discounts to the contributions for some net payers.

The rebate concept originated with the U.K., which long complained that it sent more money to Brussels each year than it got back. And while Britain is no longer in the mix, its legacy of a cash-back program is one that Rutte and his counterparts are eager to preserve. And while corrections may seem like a peripheral issue, they might end up being a crucial component of a compromise.

The Friends of Cohesion group, meanwhile, is pushing back against proposed cuts, with Portuguese Prime Minister Costa, who has taken on a leading role within the group, hosting the alliance’s members for a summit in rural Portugal last weekend.

The cohesion faction is bigger and louder than its opponents. But it faces the inherent challenge of demanding to benefit from money contributed by voters in other countries. And as the showdown summit approaches, the frugal faction is better positioned than the Friends of Cohesion: The rich countries — financially and politically — can afford to wait.

Cohesion countries, already facing potential deep cuts to EU spending, fear that a late deal would cause significant delays to the implementation of budget programs, in particular in the area of regional development. Such delays would be highly noticeable in some southern and eastern EU countries, but of little consequence in wealthy, Western states.

But when leaders gather in the Europa building on February 20, Michel will not be starting from scratch. The Finnish presidency of the Council of the EU put forward a blueprint last year for a budget the equivalent of 1.07 percent of the bloc’s GNI. And while the plan met with widespread criticism, it could provide a framework for the eventual outcome of the negotiations.

The EU’s two biggest economies will be the most decisive players in the budget negotiations, but they also have the most opaque positions. Berlin and Paris have each voiced support for a budget that would meet the bloc’s new ambitions, but French President Emmanuel Macron, in particular, has been cagey about just how far he and France are willing to go. Chancellor Angela Merkel, for her part, spoke earlier this week of Germany’s « restrictions » but also said that it is necessary for everyone to have the ability to compromise.

Germany was initially part of the 1 percent club. But as the biggest payer and next holder of the rotating presidency of the Council of the European Union, it now appears willing to pump more cash into the bloc’s coffers if it means getting a timely compromise and avoiding the budget debate overshadowing other pressing policy priorities.

France, meanwhile, appears to be playing a double game. « Our Europe today is too pusillanimous, I’m going to be honest with you, I’m not sure I’m going to win this battle during the next European budget [negotiation],” Macron said in a speech in Krakow on Tuesday. « We need to invest massively. A Europe that has a budget of 1 percent of its GDP doesn’t have a real policy. »

But French officials have been unwilling to give any indication to their partners of how much they are willing to contribute to the next budget, leading some officials to speculate that Macron — who has faced strikes and protests at home — is in practice much more frugal on EU budget questions than in his rhetoric.

Asked if the French leader told him how much Paris is willing to pay, Dutch Prime Minister Rutte said, « I have no idea. No no no no. » Rutte also noted that France is not in the strongest fiscal position at home: « They still have some issues there. There’s still some deficit in France. »

EU budget deals are not just about numbers: They are also about domestic politics as leaders try to show voters that they are fighting hard for their national interest — and bringing home a win.

Ahead of the summit, a rhetorical war is already brewing. « The EU budget must be placed onto equitable foundations in view of the fact that its fundamental concept is unfair, and it includes amendments that aim at reshuffling monies from the poorer countries to the richer ones, » Hungarian Prime Minister Viktor Orbán said following his meeting with Michel on Monday.

The Hungarian government is arguing that a proposed reduction of about a quarter of its regional development allocation is unfair because profits from investments in Hungary flow back to western Europe via multinational corporations.

Some western leaders, meanwhile, have their own complaints about cohesion countries’ approach.

« The difference is that the 16 cohesion countries that get a lot of money come together at a big summit in Portugal, and we do it via video conference, » Rutte quipped in Brussels on Wednesday, referring to a call between the leaders of the frugal faction to discuss the budget negotiations.

At the end of the day, leaders will try to bring home some concessions and pork barrel spending.

In the last round of negotiations in 2013, EU leaders ultimately agreed to a long list of special concessions — some of them going right down to local level, such as €66.5 million for Limburg in Belgium and €200 million for the eastern German city of Leipzig.