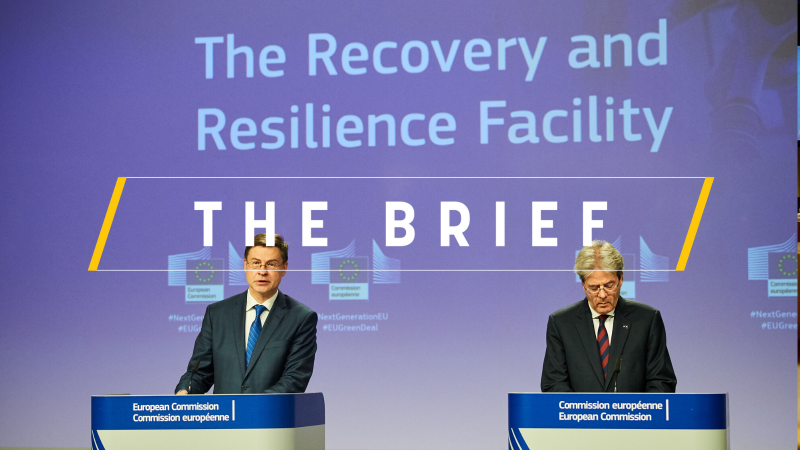 The Commission is going to great lengths to stress that the proposed recovery fund will not be a bailout programme. “This is not an adjustment program with a different name,” the Commissioner for Economy, Paolo Gentiloni, said in May. We are not back to troïka times.

The EU executive even avoids using the word “conditionality” to refer to the reforms that countries would have to put forward to unlock the €310 billion of non-refundable grants under the new Recovery and Resilience Facility, the bulk of the EU’s €750 billion stimulus against the coronavirus crisis.

The Commission has learnt from the mistakes made in the aftermath of the past crisis when the excess of austerity choked the European economy and triggered another downturn in 2012.

The economic situation and the ongoing negotiations on the recovery fund, however, could still lead to a recovery instrument that is not as benign as hard-hit countries had hoped.

In order to access the funds, countries will have to put forward reforms pursuing the digital and ‘green’ objectives, the EU’s mantra, and more: fiscal adjustments will also be part of the menu, an EU official has admitted, because sound public finances are an “important” part of the economic resilience.

The economic situation leaves little room for margin. The fallout of the pandemic is expected to push public debt levels to 196% of its GDP in Greece, 159% in Italy, 131% in Portugal, 116% in France and 115% in Spain.

Although the EU is now immersed in the recovery phase, and the Stability and Growth Pact remains suspended, the normalisation phase will begin once growth is back, and the EU’s deficit and debt thresholds will be reinstated.

In that scenario, budget cuts and tax increases will be part of the plans that the member states will have to submit to the Commission to access the recovery funds, although EU officials insist that the fiscal targets will be jointly agreed with the capitals.

But some want to go beyond and also request far-reaching reforms.

Dutch Prime Minister Mark Rutte said after the EU leaders’ videoconference on Friday that solidarity also means that those countries seeking aid should adopt labour market and pension reforms to improve their economies for future crisis.

The governance of the recovery instrument will be the other key feature to see whether we’ve truly left behind the troika times.

Given the volume of the funds deployed, the Commission knew from the outset that it would have to involve the member states in the decision-making process. But some of them are not happy with making their voice heard only through the obscure and mostly technocratic ‘comitology’ procedure.

Instead, they want the Council to be involved, with finance ministers having their say on each other’s national plans.

Moreover, the Netherlands wants to approve the disbursement of recovery funds by unanimity, which would mean that the Ecofin would act like the Eurogroup, where decisions are taken by consensus, also during the long-nights of the bailout period.

Rutte’s unanimity proposal looks more like a negotiation manoeuvre, as he could arguably drop it as long as he secures the Council involvement.

One could say that an important difference from the past cash-for-reforms programmes is that troika missions would not be back in the capitals to monitor that national plans are fulfilled.

But the Commission has already said that there will again be milestones to reach to access the funds.

It remains to be seen how stringent this monitoring will be. But it is clear that the final agreement on the size of the recovery fund and the volume of grants will depend on the conditionality and the involvement of the member states. Maintaining the rebates alone won’t do the trick for the Frugal Four and Germany.

Given that there will have to be reforms and fiscal adjustments, which will be closely scrutinised by finance ministers, only a gradual reduction of the debt levels will show that this time it is truly different.

Contrary to the situation in 2010-2012, the European Central Bank is shielding the euro area against market turbulence and speculators. That will buy governments precious time to turn the recovery funds into productive investment and growth, to start repaying what we borrow, so our debt does not become an unbearable burden for future generations.

Even if sound budgets are important for the resilience of the economies, we cannot forget that the coronavirus pandemic was primarily a health and social crisis. An excess of austerity would only worsen the drama we’ve already experienced.

Kerosene’s plum position as one of the few fuels exempt from taxation is still under severe scrutiny, as momentum builds behind the idea of setting up multilateral agreements between willing countries.

Member states cannot use the COVID-crisis as an excuse to weaken the EU’s environmentral and health protection efforts, European Commissioner Virginijus Sinkevičius told EURACTIV Italy in an exclusive interview.

Paris has ignored a letter of formal notice sent by the European Commission in July last year, which calls on French authorities to stop illegal bird hunting.

Calculations by experts now show that the EU’s planned economic rescue package, worth €750 billion, is nowhere near enough to achieve the bloc’s climate targets. Even in the best-case scenario, only one-third of the costs would be covered.

Bulgarian MEP Elena Yoncheva said she fears for her safety after a leaked recording was published in which a voice resembling that of Prime Minister Boyko Borissov threatens to have her “burnt”.

Spain’s state of alarm, the emergency mechanism propping up the nationwide lockdown enforced to contain the COVID-19 pandemic, expired at midnight on Saturday (20 June), three months and one week after it first came into effect.

Views are the author’s