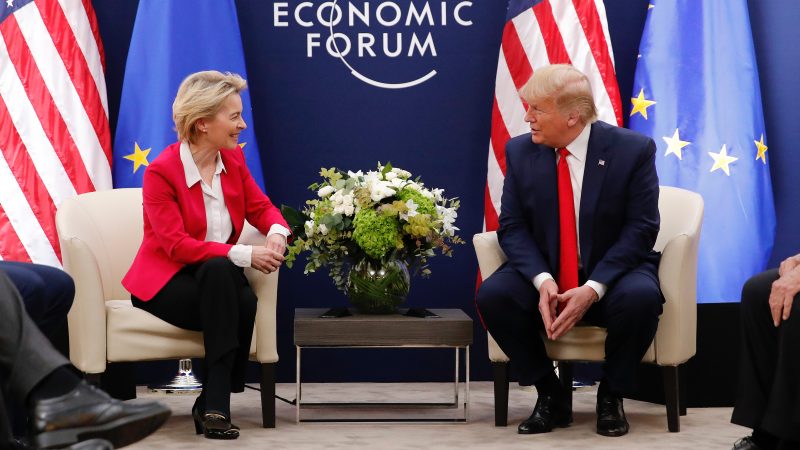 The export of US goods to the EU totalled $337 billion in 2019, an increase of 6% on the previous year, according to the Transatlantic Economy 2020 report, published on Thursday (26 March). At the same time, that figure was three times higher than the total of goods exported from the United States to China.

The Transatlantic Economy report is an annual survey focused on trade and investment between the US and Europe. The 2020 edition was published on Wednesday (26 March) by Daniel S. Hamilton and Joseph P. Quinlan from the Foreign Policy Institute of Johns Hopkins University.

Although some national economies are going through a protectionist moment – here we can quote Donald Trump’s famous slogan ‘America First’ – relations with other countries continue to be central to the development of the economies. The importance of the relationship between Europe and the US, carefully watched by Bejing, is an example of this.

The report came as the US is having trade talks both with China and Europe. The Trump administration prioritised an agreement with Beijing in order to reduce its enormous trade deficit with China. The negotiations were disrupted by the coronavirus COVID-19 pandemic.

It also showed that the US imported goods from the EU worth $515 billion in 2019, “leaving a sizable US merchandise trade deficit with the European Union”.

According to the report, in 2019, 50% of the global investment into the US came from Europe ($125 billion). The US and Europe are still each other’s primary source and destination for foreign direct investment.

Regarding employment, the report estimates that in 2018 there were about 4.9 million jobs created by US companies in Europe. The UK (1.5 million), Germany (710,000) and France (half a million) are the countries that benefited more by US initiative. In America, European companies created 4.7 million direct jobs due to investment.

Problems in the relation: China and Covid-19

After years of a trade war, Washington and China signed a trade-truce on 15 January 2020. The Economic and Trade Agreement (ETA), also known as Phase 1 Deal, committed China to open its market. This deal requires Chinese imports of certain US goods to increase by about $95 billion in 2021 relative to the 2017 baseline.

Estimates of the Kiel Institute for the World Economy, an independent, non-profit economic research institute, suggests that the EU is likely to lose about $11 billion in exports to China, with the French and German manufacturing sectors being the most affected.

According to the Transatlantic Economy 2020 report, at the start of this year, the US economy was expected to expand at a faster pace than the EU, “with consensus estimates of US real GDP growth of around 2% versus just 1.4% estimated growth in the EU”.

Those growth estimates were based on a number of key assumptions, including the trade truce between the Americans and the Chinese.

By March, after the problems created by the COVID-19, those predictions went down the drain. However, while America is still trying to fight the virus in its own way, the COVID-19 seems to have helped a rapprochement between the Chinese to the EU.

On 19 March, the Chinese ambassador to the EU, Zhang Ming, said the coordination between the European and Chinese blocks during this crisis is like a “mirror which reflects that the China-EU relations are essentially about cooperation and partnership”.

The report pointed out that Brexit is likely to “prove costly for the UK and dampen the business climate in the EU”. According to an article published by Bloomberg on 10 January, Brexit has already cost the UK economy about $170 billion since the referendum.

In 2018, the U.S. capital stock in the UK was of $758 billion. This means that the investment made by American companies in the UK was almost the triple of the one made in South America, the Middle East and Africa together ($260 billion).

With the UK economy expecting a slowdown, the cost to US companies remains unclear, with many operating in the UK already exploring alternative locations in the EU like Germany, France, Ireland and the Netherlands. That was the case for U.S. media giant Discovery Inc and the credit rating agency AM Best.