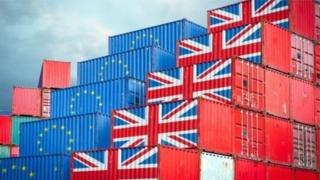 Today, the European Union and the United Kingdom held their first Specialised Committee meeting on the implementation and application of the Protocol on Ireland / Northern Ireland, by means of videoconference.

The discussion took place in a constructive atmosphere. The parties took stock of the implementation efforts on both sides. They also had a first exchange on the decisions the Joint Committee is tasked with taking before the end of the transition period, and which the Specialised Committee has been asked to prepare.

The proper and timely implementation of the Withdrawal Agreement remains a key priority for the EU, in particular for maintaining peace and stability on the island of Ireland in the context of the Good Friday (Belfast) Agreement, while ensuring the integrity of the Single Market. A new partnership can only be built on the faithful and effective implementation of the Withdrawal Agreement.

The Protocol on Ireland / Northern Ireland applies from 1 January 2021 and clearly sets out the legal obligations of both parties.

As time is short, the Commission underlines the importance of the UK setting out its plans with regard to all implementation measures prescribed by the Protocol on Ireland / Northern Ireland and providing a detailed timetable. The exchanges in the Specialised Committee now urgently need to be followed up by tangible measures. The Commission remains ready to work with the UK to ensure the Protocol can be applied in full from 1 January 2021.