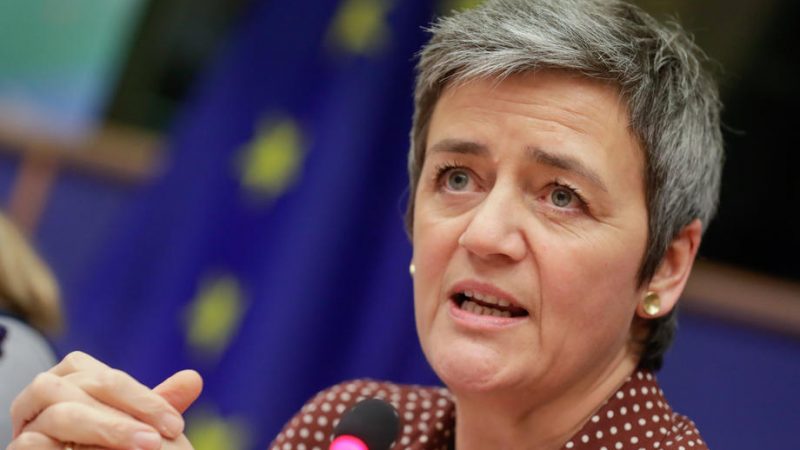 Germany’s decision to take full advantage of the EU’s relaxed state aid rules could be “a locomotive” for Europe but a strong recovery fund is needed to avoid distortions in the internal market, EU competition chief Margrethe Vestager told MEPs on Monday (4 May).

In mid-March, the European Commission announced a loosening of state aid restrictions, aimed at ensuring fair competition within the EU’s single market and allowing countries to pump money into companies heavily hit by the COVID-19 outbreak.

Ever since then, around 90 national schemes worth about €1.9 trillion in 26 out of the 27 member states have been approved according to the EU executive. However, uneven fiscal space in the bloc’s members has led to asymmetries in the use of this temporary measure.

Germany alone accounts for over half of the value of the state aid unleashed.

“Even in normal days, when we have strict state aid rules some member states have more fiscal space to use the rules and to help than others,” Vestager told the European Parliament’s internal market committee (IMCO).

However, the executive vice-president insisted that it is “important for all of us” that Germany ensure liquidity for national companies because “that will work as a locomotive” for Europe.

Some of the most affected countries by coronavirus, such as Italy and Spain, were struggling already with high deficit levels before the crisis erupted. With all efforts going toward tackling the health emergency, they are short of resources to boost their economies.

A number of member states have expressed their concerns over the potential threat to the EU’s precious level playing field these schemes would create.

Spanish deputy-prime minister for economy Nadia Calviño urged the EU in a recent interview to protect the integrity of the internal market. “It cannot be that some countries are able to support their economies in a more generous manner than others,” she said.

While the Commission has argued that state aid measures are necessary to support the economy and preserve jobs, Vestager acknowledged concerns from some countries.

The Danish official did argue that what Germany is doing is “absolutely right” but admitted this could lead to distortions in the single market as other companies will need assistance too and could be part of the same value chain or even be competitors.

“The sad thing is that since not everyone has the same fiscal space of Germany, we will have to find ways,” the Commission VP said, adding this was “a very strong argument for a strong European recovery plan”.

“We will need to redistribute in order to recover together because these increasing asymmetries will otherwise fragment the single market to a level that I think none of us is willing to accept,” she said.

Vestager defended establishing a recovery instrument within the framework of the EU’s seven-year budget, the multiannual financial framework (MFF), insisting “it is a known architecture when it comes to redistribution” both between sectors and countries.

The European Council has tasked the Commission with drafting a proposal for a new long-term budget and a recovery instrument to support the EU’s economy in the aftermath of the COVID-19 crisis.

Although leaders were expected to give some guidance to President Ursula von der Leyen in order to inform the Commission’s work, countries failed to agree on the form, the size or even the way money will be channelled from the fund.

EU finance ministers are meeting again on Friday (8 May) with the economic response package on the table. Von der Leyen is expected to table her proposal within the next couple of weeks.