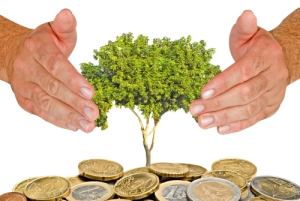 The Juncker Commission has achieved good progress in making sure that every euro from the EU budget is well-spent and is handing over to its successor a strong system for the protection of the budget. This is one of the key conclusions of the 30th edition of the report on the protection of EU’s financial interests – the PIF report, which the European Commission has published today. Of course, more efforts at European and national level are necessary in order to counter new trends in circumventing the rules and adapt to a changing institutional landscape.

Günther H. Oettinger, Commissioner for Budget and Human Resources, said: “In the last five years, the Commission has taken significant steps to make sure that the EU budget is well-protected and creates added value for the citizens. This is good news for all of us. Citizens can be reassured that their money goes where it is most needed, helps address EU-wide challenges and makes a difference for a large number of people, in the EU and beyond.”

To that end, the Commission has taken a number of measures over the years. These include, for example, new simplified rules under which the EU budget is spent which entered into force on 2 August 2018 and a new Anti-Fraud Strategy that seeks to further improve the detection, sanctioning and prevention of fraud and will support the Commission’s ongoing efforts to bring fraud against the EU budget further down. The Commission is also actively supporting the creation of the European Public Prosecutor’s Office (EPPO) – an independent and decentralised prosecution office of the European Union, with the competence to investigate, prosecute and bring to judgment crimes against the EU budget, such as fraud, corruption or serious cross-border VAT fraud. To facilitate the smooth cooperation between the EPPO and the European Anti-Fraud Office (known by its French acronym OLAF), the Commission proposed changes to the rules governing OLAF, which are currently being negotiated by the co-legislators.

All these efforts have led to good results. According to the latest PIF report, in 2018 Member States continued strengthening their national systems and procedures, by focusing on prevention and detection. In 2018, the number of detected fraudulent cases was stable in comparison to the previous year, at 1152, or 10% of all reported irregularities. At the same time, their financial impact was higher on both the revenue and expenditure side of the budget. This suggests better targeting of the control activities by Member States. Detected non-fraudulent irregularities significantly declined both in number and in value.

Under the Treaty on the Functioning of the European Union (Art 325(5)), the Commission is required to produce an Annual Report on the Protection of the EU’s Financial Interests (known as PIF Report), detailing the measures taken at European and national level to counter fraud affecting the EU budget. The report is based on information reported by the Member States, including data on detected irregularities and fraud. The analysis of this information allows assessing which areas are most at risk, thereby helping to better target action at both EU and national level.
Today, the European Commission has published its 30th PIF Report. In addition to information about what was done in 2018, this year’s report includes an overview of the measures taken at EU level to protect the EU budget over the past 30 years.
Some of the recent measures taken at EU level include:

OLAF’s mission is to detect, investigate and stop fraud with EU funds.

OLAF fulfils its mission by:
• carrying out independent investigations into fraud and corruption involving EU funds, so as to ensure that all EU taxpayers’ money reaches projects that can create jobs and growth in Europe;
• contributing to strengthening citizens’ trust in the EU Institutions by investigating serious misconduct by EU staff and members of the EU Institutions;
• developing a sound EU anti-fraud policy.